The Sitri Clan is one of the remaining 32 Devil clans of the 72 Pillars and one of the highest-ranking (ranking at Prince), and famous, Devil families. While not much is known about the incumbent head of the house, it has been revealed that the next head is Sona Sitri. After her father started to show symptoms of the Sleep Disease, the current Head was forced to step down, making Sona the new Head of the clan.

Being the house that produced the current "Leviathan", members of the Sitri Clan have strong affinity for water-based magic, with the only known exception being Serafall Leviathan who excels in ice-based magic. The Sitri territory is known for its richness in nature, and is said to boast the most of the natural reserves present amongst the few territories belonging to High-Class Devils. The Sitri Clan are also known to be one of the few territories which have advanced medical facilities as well, having one of the most famous hospitals in the Underworld.

Members of the Sitri Clan have great mastery of Water manipulation. Serafall is noted to have the ability of Ice manipulation.

The clan symbol of the Sitri looks like a necklace and is blue in color.

The only known members of the clan are Sona and Serafall and their parents, with Serafall being one of the former Four Great Satans who held the title of Leviathan.

A hospital created by the former heiress Serafall Leviathan from the natural reserves of her clan. It is famously known throughout the Underworld to not only the have the best of her family's medical facilities, but also for being named after her which increased its popularity, as she is the most famous female Devil in the Underworld. 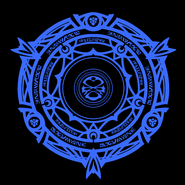 Sona Sitri: The next head of the Sitri Clan

Sona and her Peerage 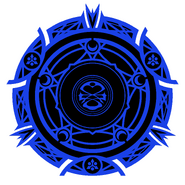 Full Symbol of the Sitri Clan