The home to the members of the Phenex family is a large castle, greater in size than the Gremory mansion, which serves as the place of ruling. The castle's outside layout is comprised of the main building with a tall building in the background, surrounded by multiple towers with flames protruding around and at the top. The front tower has embedded, the phoenix emblem. There are also leafless trees that have tiny flames protruding from the tips. At the entrance is a huge golden statue of a phoenix in the middle of a fountain of fire and at the sides, there are poles with small flames coming out on top, and also archway structures similar to an aqueduct that also have flames sprouting at the top.

The interior of the castle has a red color theme blended with matching colors. The entryway has a white, square tile floor with large red tiles to the sides with the phoenix emblem embedded. To the sides of the entryway floor are large gaps with huge flames sprouting out, more poles of fire, and elevated platforms with grass and goblets of fire. Everywhere inside has the clan's signature emblem.

Members of the Phenex Family are well-known for their power of Immortality (不死, Fushi), having superior regenerative abilities that can withstand attacks that would otherwise kill a normal Devil. They can also regenerate any lost limbs and even parts of their faces, making them highly formidable opponents in battle. However, their regeneration is limited by their level of Demonic Power. If their energy is depleted by directly attacking their soul using holy objects, their Immortality stops working.

The Phenex Family are also possesses the unique Hell Fire (地獄の火, Jigoku no hi) ability, which can generate and manipulate fire and with its most notable use being able to sprout wings of fire for flight, as well as having power over wind.

Members of the Phenex Family are also the only known source for Phoenix Tears, a special potion of liquid that can instantly heal injuries.

The clan symbol of the Phenex consists of a phoenix encased in a circular shape. Their magic circles also have a unique flair, in which flames erupt from it whenever a Phenex Clan member appears.

Members of the Phenex Clan include Riser Phenex, Ruval Phenex, Ravel Phenex, Lord Phenex, Lady Phenex, and an unknown grandchild (nominated in both the light novel and manga). Their second son has yet to appear in the series, but he is known as one of the bosses of a media company. 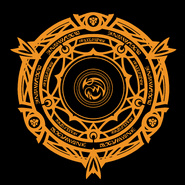 Riser of the Phenex clan 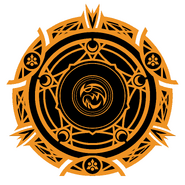 Retrieved from "https://highschooldxd.fandom.com/wiki/Phenex?oldid=225359"
Community content is available under CC-BY-SA unless otherwise noted.