The Lucifer Clan originates from Father of Devils; the original Lucifer, who is its progenitor. Taking Lilith, Adam's former spouse as his wife, he used her to create countless devils including the original members of the 72 Pillars and Extra Demons, selecting the strongest among them to act as his personal army which he would use to realize his world domination ambition by waging war against Heaven and its Angels lead by God of the Bible and the Fallen Angels lead by Azazel. He and Lilith had a son born naturally from their union named Rizevim Livan Lucifer, who's strength exceeded even his father's as he became the first Super Devil in existence.

Waging war against Heaven and Grigori, the original Lucifer was killed in the Great War as Lilith also disappeared from Devil society without a trace. In reality, Lilith fell into a near-death coma from the strain of forcefully producing excessive numbers of Devils by her husband and her comatose body was secretly hidden and safeguarded by Rizevim.

Their son, Rizevim Livan Lucifer, while being the next heir to Lucifer's legacy, chose not to succeed his father's throne and world domination ambition as he withdrew from public eye in the Underworld. Rizevim also fathered a child; Razevan Lucifer, during this time. After the beginning of the Devil Civil War, instead of fighting the Anti-Satan Faction, Rizevim instead chose to leave Lucifaad along with his son, leaving the Underworld to the rebel army. After Sirzechs Gremory became Sirzechs Lucifer, Rizevim contacted him, talking to him about the throne of Satan Lucifer and Super Devils, as well as warning him about the strife to come since Sirzechs became a Lucifer, due to the fact that the Bael Clan would grow arrogant.[1]

Several hundred years later, during their travels, Razevan Lucifer impregnated a Human woman; who he took as his wife, as she gave birth to Vali Lucifer; Razevan's son. Razevan became frightened by Vali, due to him being being born with Divine Dividing because of his half-human heritage in addition to his power as a descendant of Lucifer, as he worried that Vali's talent would surpass his own and that Vali would kill him in his sleep. Desperate, he turned to Rizevim for help, who told him to abuse Vali if Razevan was scared of him, as Razevan began to brutally abuse Vali and his wife, who treated Vali gently. After enduring endless abuse by his father, Vali ran away from home and ended up in Azazel's care, who raised him as his foster son, teaching him how to wield his powers. Fearing that Vali would try to get revenge on him, Razevan asked Rizevim for help once again but Rizevim became disgusted by his cowardice as he killed his own son.[2]

Vali trained himself to achieve his goal of surpassing Great Red as well as killing Razevan and Rizevim, for his childhood abuse. When Vali was 13 years old, he began living with members of the Slash/Dog Team, including Tobio Ikuse and Lavinia Reni, who he viewed as older siblings.

After gaining enough mastery over his powers and his Sacred Gear, Vali was able to unlock his Balance Breaker; Scale Mail, and even the forbidden power, Juggernaut Drive, which he was able to temporarily use due to his Lucifer powers. Vali eventually met Bikou, the current Monkey King and Kuroka, an Nekomata SS-class Stray Devil, who became part of his team, which he formed to defeat Rizevim and challenge strong foes. Vali secretly became a member of the Khaos Brigade, due to being convinced by them after they offered him a chance to battle strong foes like the Norse Gods. It is during this time that he met the Hero Faction swordsman, Arthur Pendragon and his sister Le Fay Pendragon, convincing them to join his team. During the peace conference at Kuoh Town, Vali revealed his allegiance to the Khaos Brigade as he betrayed Azazel and battled against his rival, the Red Dragon Emperor; Issei Hyoudou, which was interrupted as Bikou came to retrieve him.[3]

After their initial confrontation, he and Issei began to cooperate with each other such as fighting Loki, Cao Cao and his Hero Faction as well as teaming up to fight Crom Cruach.

During the Vampire Civil War in Romania, Vali was able to meet his grandfather Rizevim after several years, as he attempted to kill him for causing his childhood abuse but was unable to do so due to Rizevim nullifying his attacks with Sacred Gear Canceller.[2]

Prior to invading Agreas, Vali was able to track down his mother as he finally found her location but it is revealed that Razevan wiped her memory and she had remarried, giving birth to 2 children who were Vali's half-siblings, as Vali swore to protect his human family.[4]

During Team DxD's invasion of the Qlippoth-occupied Agreas, Vali and Issei teamed up to fight Rizevim and Diehauser Belial but were overwhelmed by them until Issei unlocked his Diabolos Dragon form and Diehauser betrayed Rizevim, as Issei defeated Rizevim, forcing him to flee with Vali pursuing him. Vali cornered Rizevim and was about to kill him but stopped as he didn't want only the satisfaction of killing Rizevim without beating him, instead he allowed Fafnir to take his revenge upon Rizevim for hurting Asia, as the Dragon King bit Rizevim to death, leaving Vali as the only surviving male member of the Lucifer clan.[5]

During the Evil Dragon War, Vali went to the European side to stop Trihexa from reaching his mother's location as he fought against Aži Dahāka. During the battle, Vali was placed into a illusion of a normal life with his mother and his half siblings but was able to escape from it as he promised to protect them once again, which allowed him to unlock Diabolos Dragon Lucifer.[4]

After Trihexa's sealing, Hades found the missing Lilith; the Mother of Devils, as he used her to create a army of pure-blood Devils to serve as his troops, among them several powerful devils like the Transcendental-class Balberith and Verrine as well as the Satan-class Gressil and Sonneillon.[6]

Eventually, after the Hell Disaster, the current Devil government was able to recover Lilith from Hades as the Satan; Ajuka Beelzebub, was able to convince Zekram Bael cooperate in researching Lilith.[7]

Immense Demonic Power: The members of the Lucifer clan possess extraordinary powerful demonic power, which is much higher then any known Devils; exceeding the 72 Pillars, Extra Demon and even those of the other original Satan bloodlines. The most prominent being Rizevim who was the first Super Devil with natural born demonic power greater than his father.

Multiple Wings: All Devils that are blood-descendant of the original Lucifer have the unique trait of having multiple wings, similar as Angels and Fallen Angels.

The clan symbol of the Lucifer appears similar to a silver colored four-winged bat which has Devil horns on its head.

Known members of the clan include: 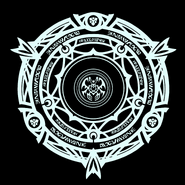 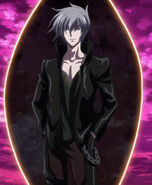