This article is a stub. You can help High School DxD Wiki by expanding it.

Worship☆Dragon-God Girl!
High School DxD DX.1 is a compilation that consists of 6 already published short stories on various issues of Dragon Magazine and a newly written one. It is the first of the DX series.

There will be two editions of the compilation published: a limited edition which features an OVA of the High School DxD anime on Blu-ray disc, and a regular edition which lacks the episode. Similar to Episodes 13 and 14 of Season 1, the upcoming OVA is also written by Ichiei Ishibumi, the author of the light novels, himself.

What will you do if I say that I’m having skinship with my little brother-in-law? 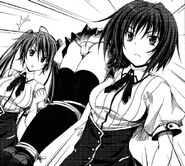 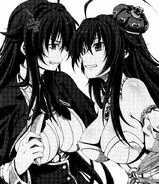