High School DxD NEW (ハイスクールD×D NEW Haisukūru Dī Dī Nyū, also written as Highschool DxD NEW) is the second season of the High School DxD anime, that aired on July 7, 2013 on AT-X and other networks. It was announced according to the anime's official Twitter account which posted a picture of their booth in the upcoming Anime Contents Expo 2013 event with the season's release date. NEW covers the first half of the Birth of the Breast Dragon Emperor arc of the light novels, and is split into two major parts: "The Excalibur of the Moonlit Schoolyard" (月光校庭のエクスカリバー編) and "The Vampire of the Suspended Classroom" (停止教室のヴァンパイア編). The new season is produced by TNK and is directed by Tetsuya Yanagisawa and written by Takao Yoshioka, as with Season 1.

An OVA bundled with the limited edition release of High School DxD DX.1 was released on March 10, 2015 on Blu-ray disc. The episode features an original plot written by Ichiei Ishibumi himself.[1] 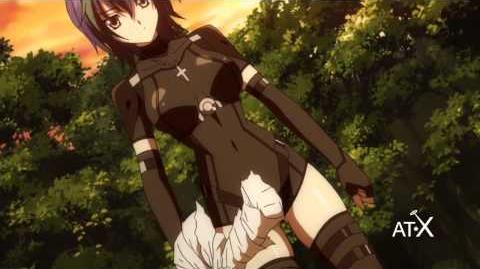 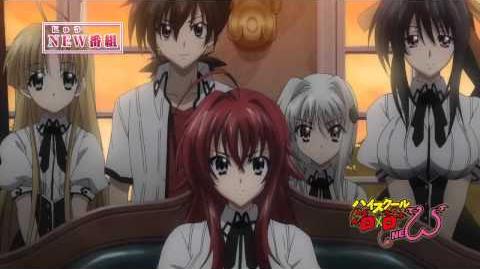 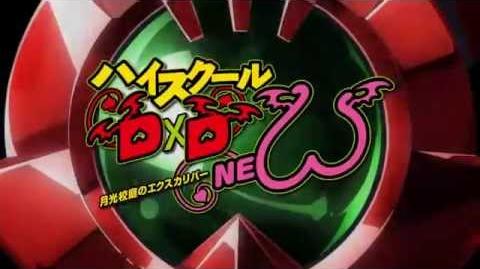 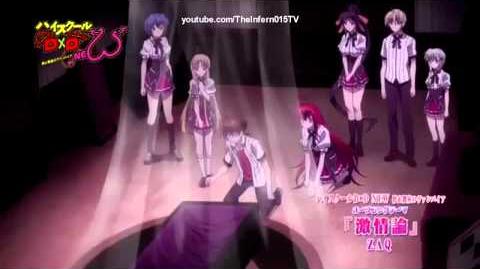