The Gremory Clan is one of the remaining Devil Clans of the 72 Pillars and one of the highest-ranking (ranking at Duke) and famous Devil families. The next head is Rias Gremory, followed up by Millicas Gremory.

In the clan's territory is an area with a well shaded forest and a mountain range filled with high mountains. One of these mountains is taller than the highest mountain in Japan, Mount Fuji, with an elevation extending 4000 meters. There is also a huge lake in this area where Lilitifa Vepar has taken residence.

The youngest members of the Gremory Clan have all inherited the Power of Destruction ability of the Bael family. Because of this, it is presently unknown what demonic power ability Zeoticus Gremory and their ancestors possessed, but it is known that the Gremory Family are born with powerful Demonic Powers and have superior control of it as shown by Sirzechs who inherited both the Gremory and Bael's traits.

The clan symbol of the Gremory consists of a rose encased in a circular shape and is crimson in color.

Issei Hyoudou is viewed as a member of the clan by the staff of the Gremory household and the members of the clan to be a member, with it being formally recognized after he passed the trials at the Ruins of Connection and proposed to her.

The place of ruling for the Gremory clan. It has an underground treasure storage which is the size of several Tokyo Domes (1,509.81 sq ft or 2,013.08 sq ft), divided into sections that stores the payments of the Gremory group for their Devil's work, as well as treasures handed down by the Gremory ancestors. All the treasures are ranked and are sorted by types. There is also a huge theatre where the entrance has a luxurious, decorated door and inside, a giant screen with a 1st floor and lights. The theatre is used to entertain guests; to present something to the audience but it is only used once every few years.

The layout of the mansion's outside is a quadrangle with a courtyard in the middle. Outside at the entrance is a fountain with a circular flower bed surrounding it, with many gardens in the surrounding areas. Inside the mansion, they raise a lot of camels due to them being used in events within areas governed by the clan.

A stadium specializing in events such as "Oppai Dragon" show performances, which was just built in the castle town of Gremory. At the entrance is a huge statue of Issei in his Scale Mail armor and a huge statue of Rias in the costume of Princess Switch.

In True Volume 2, during the third round of the first round of the "Azazel Cup" main tournament, the teams of Team Red Dragon Emperor of the Blazing Truth and Team Rias Gremory had a match at the stadium. The stadium was fully packed as it hosted the fight between the famous Oppai Dragon and Switch Princess. All the tickets were sold within a a short period of time as the match was highly anticipated. For those who were unable to see the match live, a large number of hyped fans who weren’t able to get into the stadium had gathered around the stadium where large screens were located to watch the live screening of the match.

The Breast Dragon Emperor Oppai Dragon (乳龍帝おっぱいドラゴン Chichiryūtei Oppai Doragon), known as Oppai Dragon for short, is a tokusatsu show in the Underworld, which follows the adventures of the titular character and his partner, the Switch Princess. The show's main character; the Oppai Dragon, is based on Issei Hyoudou, while his partner Switch Princess is based on Rias Gremory; the heiress of the clan. The show is noted to be very popular among the children of the Underworld and has a high viewership, exceeding 50% upon its initial showing. Due to the popularity of the show, it is noted to be a great source of revenue for the Gremory clan. 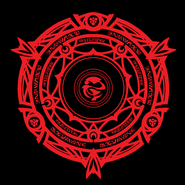 Full view of the Gremory Territory

Back View of Gremory Mansion

Zeoticus Gremory, the current head of the Gremory Clan and his wife, Venelana

Rias Gremory: The next head of the Gremory Clan

Rias Gremory's Peerage as seen in Season 1 of the Anime

Issei Hyoudou: Fiancé to Rias Gremory and future member of the Gremory Clan. 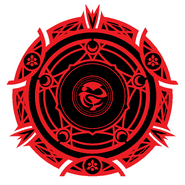 Full Symbol of the Gremory Clan