Defeating the God of the Bible, his Angels and the Fallen Angels, so that the Satans could become Kings of the World.
New Satans
Ensuring the peace in the Underworld in order for the Devils to flourish

The Four Great Satans (四大魔王, Yondai Maō) were the original rulers of the Underworld and leaders of the Devils. They were named Lucifer, Beelzebub, Leviathan, and Asmodeus.

At some point in the past, the four original Satans desiring world domination led the Devils against God and the Angels in Heaven as well as Azazel and the Fallen Angels in the Great War, the latter of whom retreated prior. The Four Great Satans eventually died in the Great War after more than half of the 72 Pillars as well as a majority of the armies of Devils that serve the High-Class Devil Clans of the 72 Pillars were wiped out.

After their deaths in the Great War, a group of the descendants of the Four Great Satans intended to carry on their legacy by gathering the strong supporters of the original Four Great Satans and finish what they started, the Great War to realize the world domination ambition of the Original Satans. Their intentions, however, were opposed by a certain group of Devils, the Anti-Satan Faction, who wanted to ensure the survival of the Devils as a species, thus disapproving of the continuation of the Great War.

This dissension eventually caused a civil war to break out between the Devils which ultimately lead to the defeat of the Original Satans' descendants. Following the defeat of the descendants who were forced to retreat to the back part of the Underworld, their names became titles for the new rulers of the Devils while the Original Satans became known as the Old Satans.

The Satan positions where then given to Sirzechs Lucifer (of the Gremory Clan), Serafall Leviathan (of the Sitri Clan), Ajuka Beelzebub (of the Astaroth Clan), and Falbium Asmodeus (of the Glasya-Labolas Clan). Four Devils who were born with immense power, equivalent or superior to the original four and were chosen for the Satans' positions despite not carrying the blood of the original Satans.

Three of the descendants of the original Satans – Katerea Leviathan, Shalba Beelzebub, and Creuserey Asmodeus – have allied with the Khaos Brigade's Old Satan Faction, while Vali Lucifer formed his own team in the Khaos Brigade. The last known remaining descendant of the Four Great Satans, Rizevim Livan Lucifer, the son of the original Lucifer and Vali's grandfather, eventually became leader of the new Khaos Brigade, Qlippoth before being killed by Fafnir.

As of Volume 20, Vali is the only survivor among the known descendants of the original Satans, with the remainders being killed in battle.

During the Evil Dragon War, three of the four Satans sealed themselves with the legendary beast Trihexa, leaving Ajuka as the sole Satan remaining in the Underworld. Ajuka discussed the implementation of the Seven Great Satan system, adding the titles Belial, Mammon and Belphegor as Satans, with the higher-ups of other allied factions being able vote to elect candidates.[1]

In Volume 24, Ajuka, the other Satans and Azazel discussed adopting the Seven Great Satans system, with hope for the Two Heavenly Dragons becoming Satans themselves, though it is revealed that the politicians of the Great King Faction aligned with Zekram Bael objected to that. They made a condition that the two would be accepted if they reach the semi-finals in the Azazel Cup. With Vali's position as the next Lucifer decided due to his heritage, the Satans discussed what Satan position Issei should take up, with Azazel initially suggesting Asmodeus due to it representing lust. Sirzechs suggested creating a special 8th Satan seat for him and suggesting it be the seat Satan, due to the title of Satan and Dragon being synonymous. Sirzechs also expressed his desire to have Issei inherit his Crimson Satan title.

In True Volume 1, the last descendant of the original Leviathan, Ingvild Leviathan was introduced. She later joined Issei Hyoudou's Peerage as his Queen.

In True Volume 4, in the aftermath of the Hell Disaster, due to Issei's and Vali's promotion to Special-Class Devils and acknowledgement as Super Devils, the previous condition for them to reach the semi-finals of the Azazel Cup to become Satans is now void, as Zekram Bael and his supporters have no more objections. 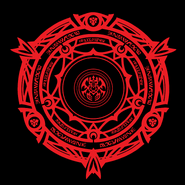 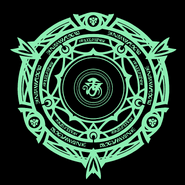 The first-generation Satans, who were the original leaders of the Underworld as well as the leaders of their respective Satan Clans. They died during the Great War.

Maou Sentai Satan Rangers (, Maō Sentai Satan Renjā) is an informal group formed by the current Four Great Satans and Grayfia. The concept of this team is based on the Tokusatsu hero team, Super Sentai. The Four Great Satans and Grayfia first appeared in this appearance in Volume 8, serving as the examiners for Issei and Rias at the Ruins of Connection.

The rangers' role assignment are: