The Bael Clan is one of the remaining 32 Devil clans of the 72 Pillars. It is the highest-ranking clan amongst the 72 Pillars and holds the rank of Great King.

As the highest-ranking clan of the 72 Pillars, the Bael Clan is well known and famous for their Power of Destruction ability. They are also extremely prideful, looking down on other Devils and prefer to stick to the old tradition where demonic power determines everything, going as far as discriminating their own family members who don't possess any demonic powers.

The Bael clan was founded by Zekram Bael, its progenitor, who is one of the original Devils created by the mother of Devils; Lilith. It was one of of the 72 Pillars clans that participated in the Great War. At some point after the Great War, Lord Bael became the head of the clan. The Bael clan rallied the other 72 Pillars in a rebellion against the Satan clans, as the Bael founded the Anti-Satan Faction which participated in the Devil Civil War against the Satan clans and their Satan Faction, as the Anti-Satan faction emerged victorious. After the Devil Civil War, the Bael clan founded the Great King Faction to their influence, as the faction became politically on par with the new Four Great Satans and their supporters.

Several hundred years later, Lord Bael had his first son; Sairaorg. However, it was soon revealed that he was born with low demonic powers and without the signature power of the Bael clan; the Power of Destruction. Sairaorg and his mother were banished to the outer reaches of the Bael territory as Lord Bael had a second son with his mistress; Magdaran, who was made the heir of the clan.

Eventually, Sairaorg returned to the main Bael residence and asked to be made the next heir. Amused by the prospect, Lord Bael instructed Magdaran to become Sairaorg's opponent so that Lord Bael could truly sever their parent-child bond. However, Sairaorg was able to overwhelm and defeat Magdaran, which forced Lord Bael to make him the new heir.

In Volume 18, the first head of the House of Bael, Zekram Bael [1], made his appearance. He told that he wants Sairaorg to became a Maou as he didn't inherit the Power of Destruction and only those who inherit it is allowed to become the head of the House. Zekram also said that the Four Great Satans are just symbols and the real leader of the Underworld is the head of the House of Bael. According to Zekram, Sairaorg's father, who is the current head of the Bael Clan, has a strong hatred of both Issei and Sairaorg as they are the strongest among the young devils despite Sairaorg not having the Power of Destruction and Issei being a reincarnated devil.

Most members of the Bael Clan possess the Power of Destruction, which allows the user to disintegrate their enemies with powerful energy. It can also be used defensively by destroying attacks that are hurled at them.

The clan emblem of the Bael consists a purple flower, reminiscing over the ones that grow throughout the Bael city.

The Bael Castle (バエル城, Baeru-Jō) of the Bael clan is robust and second to none amongst the various other territories. It is protected by more than fifty barriers cast over it and has boasted never to have been compromised, even during the civil war, until the events of Volume 21. The castle is home to Lord Bael and his family as it is the main residence that serves as the place of ruling. It has a courtyard planted with a revived, beautiful purple flower by the clan's botanist, Magdaran Bael, the second son of Lord Bael. The castle is defended by the Bael's elite guards who patrol the entirety of the castle, always ready to flock to their masters sides and protect them.

The Bael Stadium (バアル・スタジアム, Bāru Sutajiamu) A stadium in the territory of Bael Clan. In the second match of the main stage of the "Azazel Cup" tournament, a match between Team Imperial Purpure and Team Shooting Star was held in the stadium. 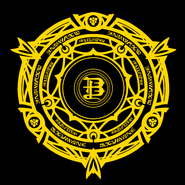 Sairaorg Bael: The next head of the Bael Clan