As the second-highest-ranking clan of the 72 Pillars, the Agares Clan is tasked with being the moderator between the Bael Clan, the Four Great Satans, and the remaining Noble Devil Clans. The floating city called Agreas, where the crystals used to create evil pieces can be found is a territory of Agares. Since ancient times, the First Head was known as the Devil "To make Deserters Return" and wizards of different factions summon the devils of Agares from time to time thinking this is still true.

Members of the Agares Clan possess the unique trait called Power of Time, which allows them to control time to a certain degree. They also have the property to "recover fugitives".

The Agares clan symbol appears to be a capital "A" that has a wider "v" in place of the usual horizontal line, devil wings above it, a heart on top of the A, and a tiara on top.

The only known members of the Agares clan are the First Head, Lord Agares, Lady Agares, and Seekvaira Agares.

A large city that is located in the Agares territory which is being maintained by the servants of the current Beelzebub. It has a distinctive feature in which it appears to be a large floating island suspended in the sky. A popular tourist resort, it is also the place that controls the flow of the air in the Underworld. The Agreas is a place that has the technology of the Original Satans and contains the essential crystals of the highest quality that is used to create both the Evil Pieces and Brave Saints.

An agricultural town located in the Agares Territory which is said to have the best agricultural products in the Underworld. 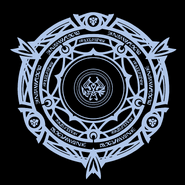 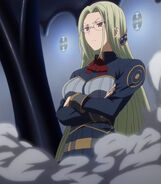 Seekvaira Agares: The next head of the Agares Clan 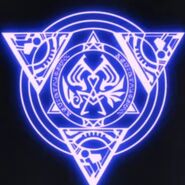 Agares crest in the OVA 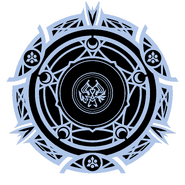 Full Symbol of the Agares Clan